A Final Day in Istanbul

We began our final day in country by going to the Galata Tower. It's expensive to get in, but it has some of the best views you can get of the European side of Istanbul, considering that it's a tall tower built on top of a hill. We got there early because we had walked by several times before - it's somewhat centrally located - and there was always a huge line. Our foresight proved prudent and we only had to wait a couple minutes before taking the elevator up to the top. 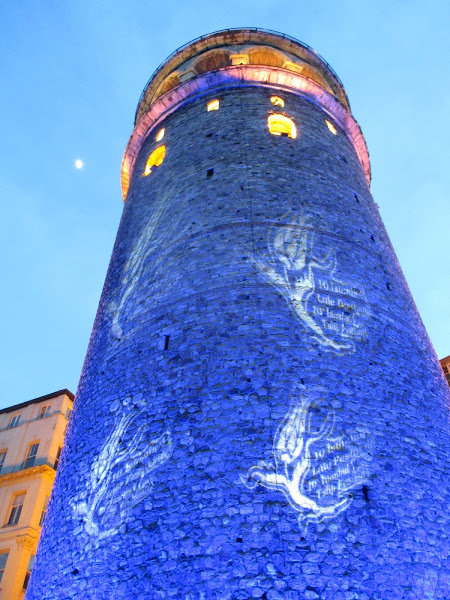 Galata Tower at night, with lights projected on to it. You can even see the moon to the left! 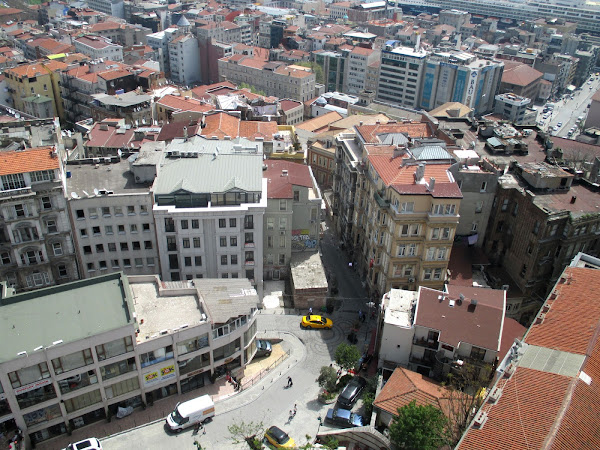 Once we'd had enough of gazing at the city we made the short hike to a noisy fish market. There were numerous vendors and cafes trying to sell us the fresh catches of the day. We opted for a quiet place on the water where we ate fish kebaps and drank Turkish coffee served with the typical Turkish delight candy.

We proceeded to wait in a long line to visit the Basilica Cistern, a hugely popular tourist site that once served as the reservoir for the city. You might recognize it from the Bond film From Russia with Love. It's all underground and feels like a wet cave. And it's enormous! The fact that 1500 years ago people made something this big underground and it's still structurally sound is terribly impressive. 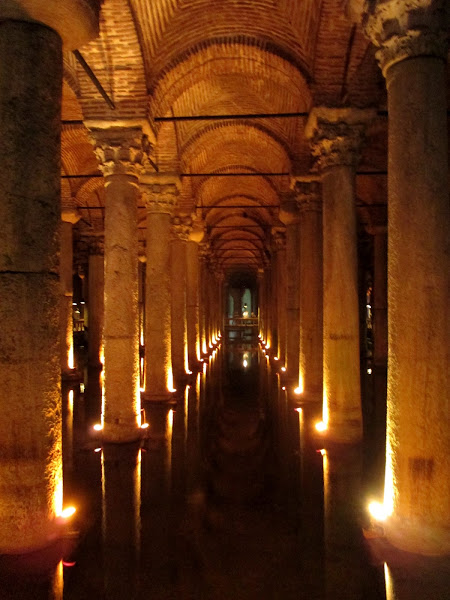 The three-story tall main hall of the Basilica Cistern. 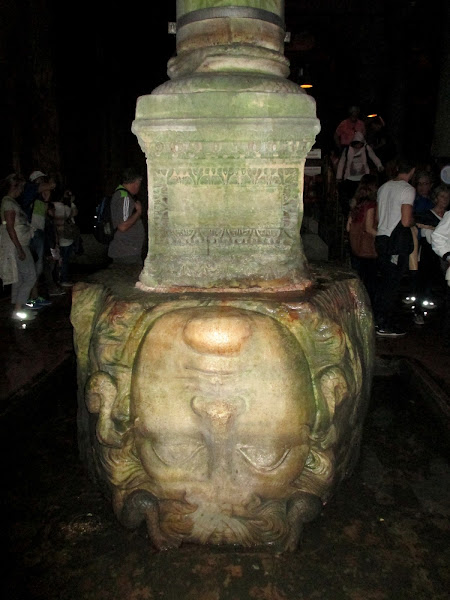 The famous upside down Medusa head in the cistern. Why is it there? That's a mystery that's never been solved. 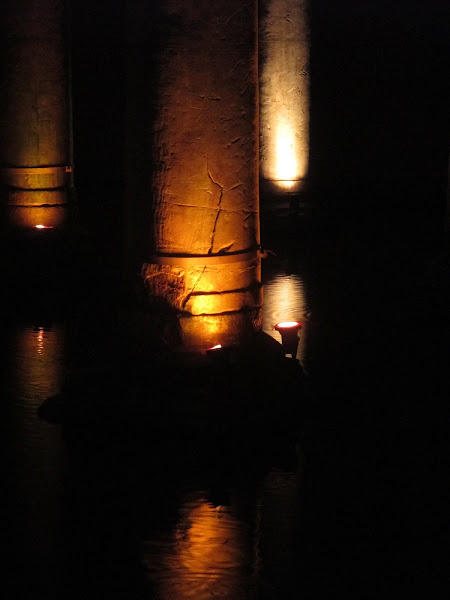 An artistic shot of a cracked column in the cistern.

We wandered around town for a bit before hopping on a ferry to our final tourist destination: the Maiden's Tower. This tower is on an island in the middle of the river, and there are a ton of myths and folk stories that surround it. Most of them involve a maiden or princess being shuttered inside - nominally for her own protection. As such, the tales behind a lot of Disney movies, including Sleeping Beauty, Snow White and Rapunzel, can trace at least part of their origins here. In real life, the Athenians used it as one end of the giant chain they stretched across the river to control trade and help win naval battles. Yes, the idea of using a giant chain to block off a body of water is real. I thought it was just fiction in A Clash of Kings. 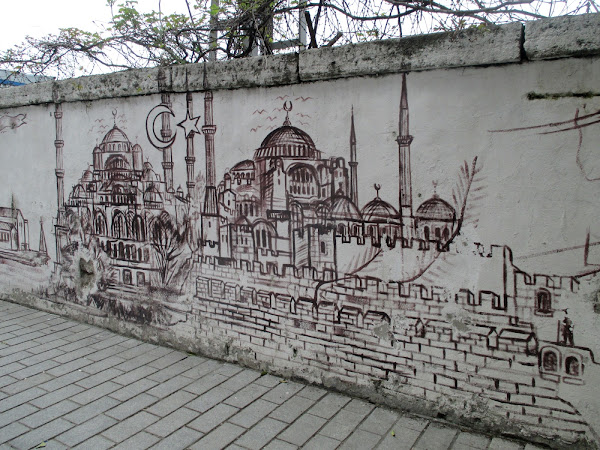 Cool street art we randomly found off the beaten path. 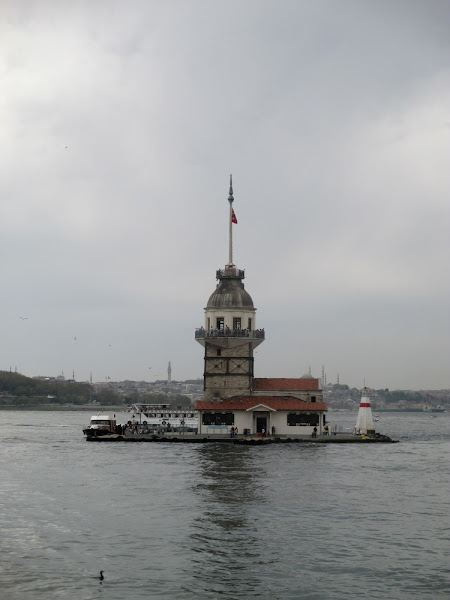 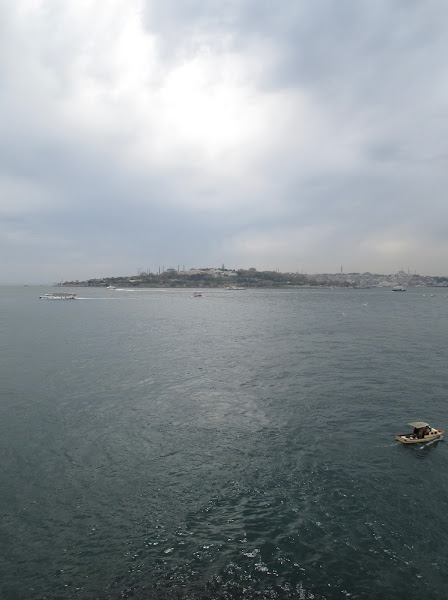 The Maiden's Tower isn't that tall, but the view is unobstructed.

With all our touring done we went back to our hotel, the Rixos, and had drinks at the bar on their roof. Upon getting outside I realized we could see the restaurant we had eaten at our second night in town, as it was right next to us, and the view from this rooftop was almost identical.

We searched online for the best place to eat dinner in the area, and arrived at Ficcin, a family owned and operated restaurant with simple but tasty fare. I ordered a meaty pide, one of their signature dishes, and was very pleased. It made for a memorable local meal that despite the very high quality surprisingly didn't break the bank.

We eventually made our way back to my favorite bar in the city, Parantez, to finish the night. There we met Swedish business exchange students and had some hilarious conversations with them. It just goes to show how international of a city Istanbul is.