Our second day in Istanbul was hugely ambitious. We walked to most of the major tourist sites on the European side, cramming in everything we could until our calves threatened to not walk up another hill. One of the city's nicknames is "the city of seven hills," an affectation borrowed from Rome. By the time the sun was setting my feet and my shoes could attest to the truth behind that name.

We started the morning with Turkish coffee, which is dark and chalky and almost always served with sugar-coated, soft Turkish delight taffy, much to my...delight. We had found a sparsely populated cafe where the owner was only too happy to regale us with dubious tales of his exploits the previous night. His impressions of the girls he claimed to have met were so outrageous that it made me not care if his stories were true or not. I'll grant an eccentric middle-aged cafe owner his tall tales told for the amusement of tourists. 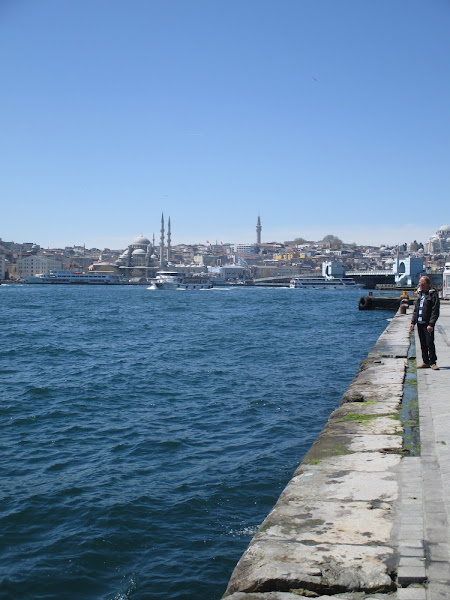 The Bosphorus from the European side looking south. Here you can see the New Mosque across the water. It's called that because it's one of the youngest big mosques in the city, sitting at around 350 years old.

After a long walk across the river (the first of many) we hiked up to the Süleymaniye Mosque. It's the largest mosque in the city and one of the most easily spotted from afar because it sits on top of a hill pretty much by itself; its silhouette was a constant companion on the skyline. Services happened to be going on so we didn't venture inside (although we did return to do so later), but the grounds and exterior plus the views looking back at the city proved well-worth the trek. 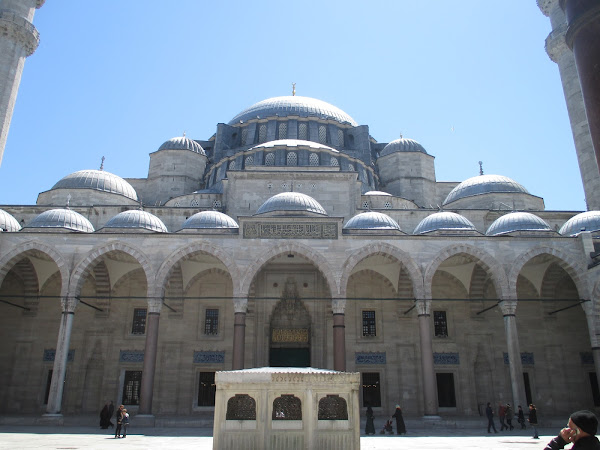 The Süleymaniye Mosque seen straight on from the front. 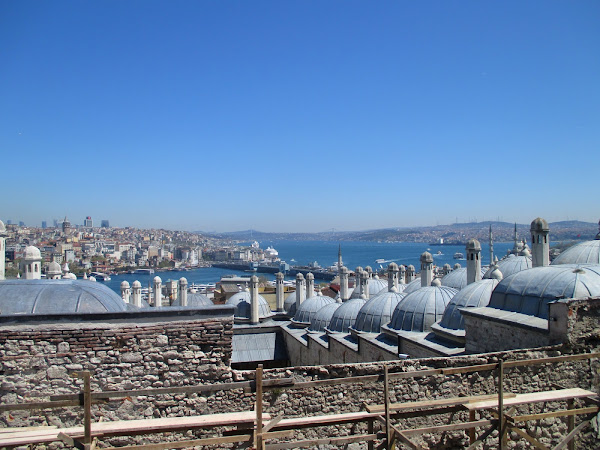 The view from the grounds of the Süleymaniye Mosque looking back at where we came from. A popular spot for locals taking selfies.

Back at the bottom of the hill we wandered into the Grand Bazaar, another landmark famous for its age and size. The sprawling market contained almost any kind of shopping we would want to do - from clothing to electronics to food to specialty shops. I bought some honey pastries as a snack and they were sticky but delicious. 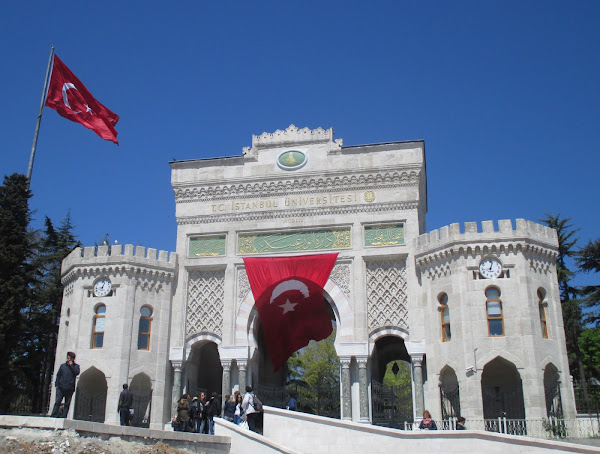 The main entrance to the Istanbul University is right near the bazaar. We saw more diversity in the kinds of people around it than anywhere else in the city.

Exiting the bazaar to the south we found a meal at an outdoor restaurant. Typical of what I remember from lunch elsewhere in the Middle East there were only two choices: chicken with salad or lamb with salad. It was quite a bit of food despite the affordable price. While we ate the proprietor was trying to facilitate connections between the few tables he had populated, and managed to find another set of American tourists for us to converse with in unaccented English.

Continuing downslope along the road Divan Yolu - a major commercialized thoroughfare complete with a light rail tram and lined by tons of shops and restaurants - we happened upon the Tomb of Sultan Mahmut II. It was the first place we had to take our shoes of in Turkey, but certainly not the last. It was a brief but fascinating look at how royalty was treated once they were gone. 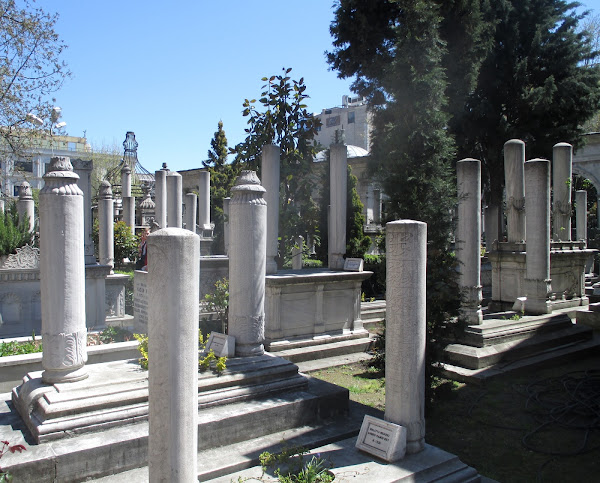 The cemetery around the Tomb of Sultan Mahmut II. The gravestones are cylindrical, which isn't something I had seen before.

We finally arrived at the bottom of the hill in the center of the Sultan Ahmet district, which is dominated by a park of the same name. Crowds of both locals and tourists lazily meandered the flowered and fountained concrete. There happened to be a display of a large carpet of tulips that caught a lot of attention. It was an ideal day for such a place: clear blue skies and a light breeze couldn't be argued with. 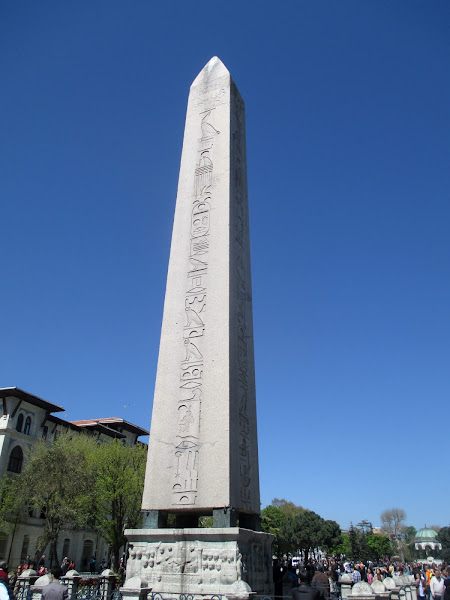 This is the Obelisk of Theodosius in the Sultan Ahmet park. It was erected in 390 CE, which means there aren't a lot of things still standing older than it. For reference, Byzantium became the Eastern Roman Empire's capital - which included the name change to Constantinople - in 330.

On one end of the park was the Sultan Ahmet Mosque, the structure that lent its name to the neighborhood. It was absolutely packed and the line to go inside looked far too long, so we contented ourselves with exploring the area outside. 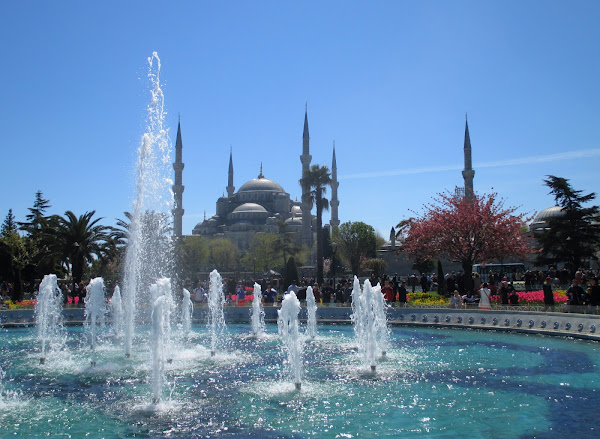 The Sultan Ahmet Mosque seen from across the main fountain in the square.

We eventually made our way to the opposite side of the park to find our main attraction for the day. I have enough to say about it to warrant its own post, so you'll have to wait until next time.