From Cusco we flew to the far south of Peru, landing in Juliaca. The sky and clouds felt extremely low to the ground. The airport is at about 13,000 ft, but we quickly escaped in a taxi. Juliaca is not known for being a friendly town for foreigners to hang out in, which we had heard previously and seemed apparent even from the inside of a car. The hour long ride to the hotel in nearby Puno had us ascending, reaching a max of about 14,400 ft.

I never want to be that high again.

Compared to Cusco the altitude in Puno was downright oppressive. It dictated our ability to move. Walking on flat ground was fine, but any incline became a struggle. Your chest feels like it's not doing enough work, leaving you constantly out of breath. We adjusted slightly after a few days, but I never felt comfortable there. Sprinting or any kind of workout was forever out of the question.

We were within striking distance of the border with Bolivia, and thus our driver gave us two related warnings: watch out for cell phone roaming, and underage prostitutes.

Once we got to downtown Puno we quickly found the main square for a meal. It was dominated by the cathedral (every square in Peru seems to have one) but we also found the nearby House of the Corregidor. It's a colonial-era attraction that includes shops and a cafe. Inside we found board games and some great food. We sampled a huge variety, including local hot chocolate, pastries with guacamole, empanadas filled with mushrooms and artichokes and cheese, alpaca kebabs, and grilled lake trout. The alpaca was gamy, like venison. 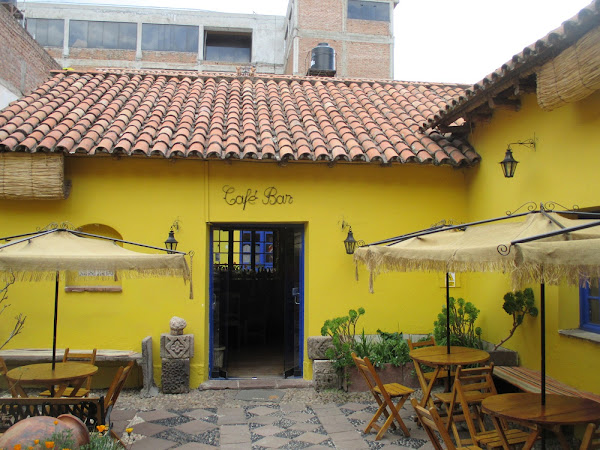 The House of the Corregidor: bright colors, good food. 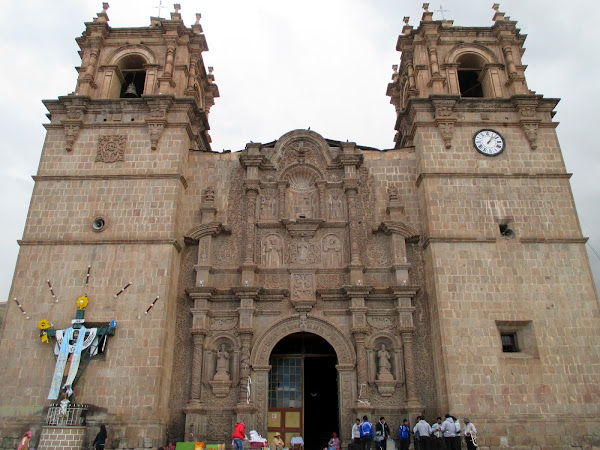 The Puno Cathedral. Accompanied by lots of people selling wares on the steps outside.

Exhausted from travel and the altitude, we retired to the hotel. We ordered pickup for dinner from something approaching an Italian restaurant across the street, which meant a pasta featuring guinea pig with a side of chicken noodle soup to ease our ailments.

The next day is one we probably could have left out when planning the trip. Puno simply doesn't cater to tourists that much, so there was little to entertain us. This was exacerbated by headaches from the lack of oxygen and the fact that we could have easily combined all the activities with our last day.

We ventured down to the shore of Lake Titicaca, which is the main attraction in Puno. The pier had some nice views and was kept in good repair. We investigated several markets on the street both coming and going, but didn't buy much. It felt like we had seen it all before between Lima and Machu Picchu. By the afternoon we were ready for the day to be over. 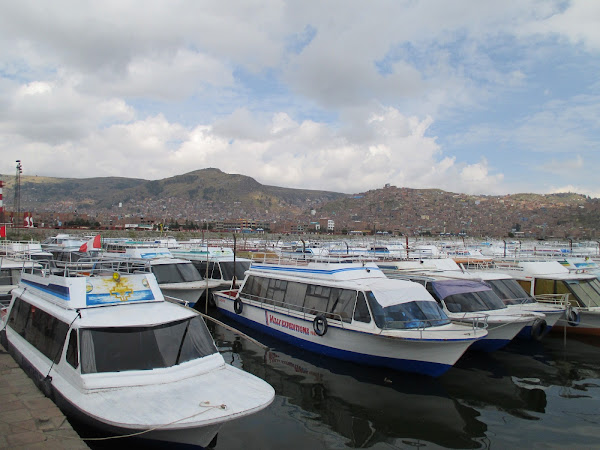 This is the Puno Harbor, looking back at the city. There are consistently tons of houses on the hills in Peru. 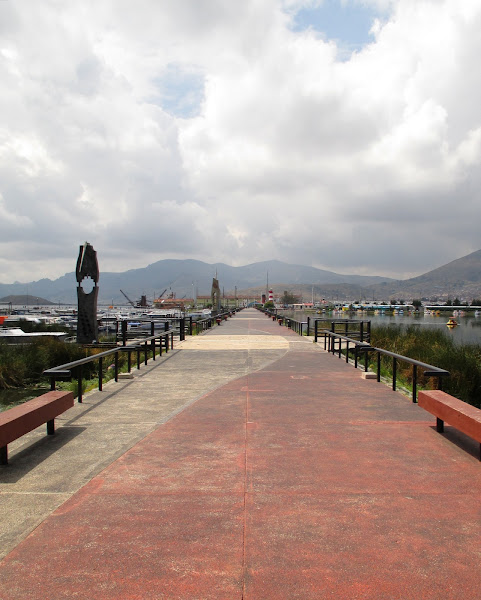 The Puno Pier. There were naval-based sculptures, graffiti, and some gross water this close to shore. 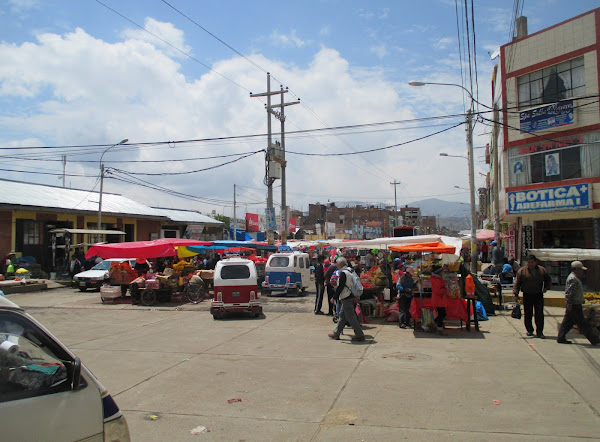 The largest pedestrian market in Puno.