We left Istanbul on a domestic flight to Izmir, the country's third most populous city. The flight was delayed while we were taxiing on the tarmac due to another plane making an emergency landing. One of the engines actually burst into flames. Thankfully, the plane made it down successfully and everyone was fine. I found a video of the flight in question if you want to see it for yourself. 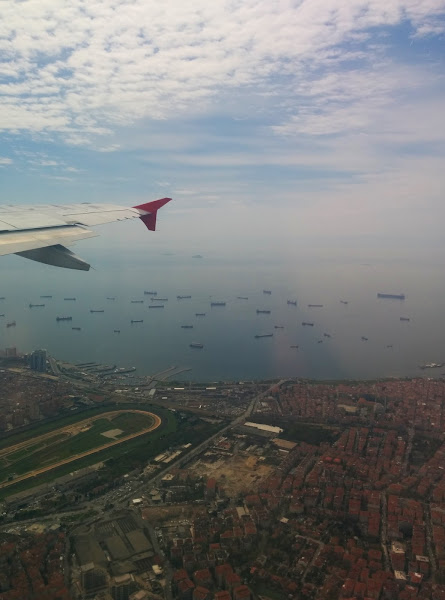 Once in the air we got to see Istanbul from the sky, including the hordes of shipping vessels that were awaiting their turn to dock at the port.

When we landed a short time later, we discovered that the Izmir airport was virtually empty. It clearly had a capacity for thousands more people arriving and departing, but we were in the off season, so most of the airport was vacant.

We then found a driver to take us out to Çeşme (pronounced chesh-may), a sea-side town an hour outside the city that caters to tourists looking to get away from it all. We were staying in a big, fancy resort with all sorts of amenities we never used, including a spa and a movie theater. The resort seemed just as empty as the airport. 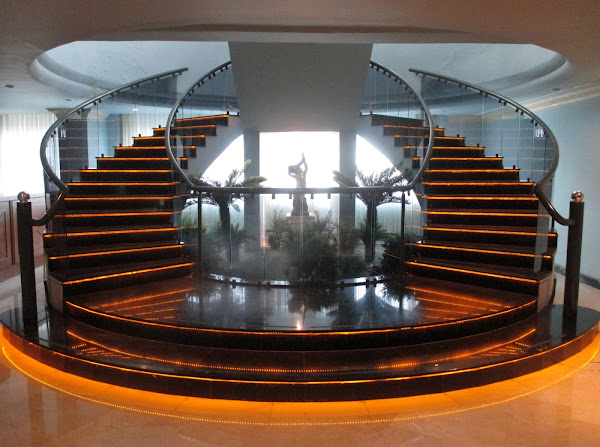 One of the staircases inside the hotel. Yay favorable exchange rates! 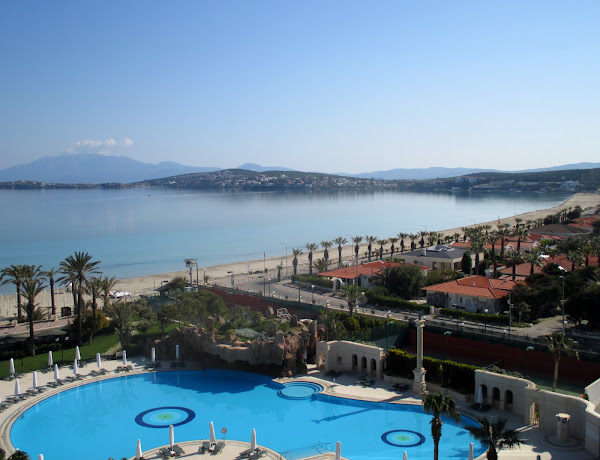 This was the view from our hotel balcony. We began each morning sipping coffee and gazing out at this.

In Çeşme we found our first doner kebaps for lunch. Both Joe and I are big fans of this particular Turkish food in its transplanted-by-immigrants version in Berlin, so it was exciting to finally get it straight from the source. We had pide for dinner, which is a kind of stuffed flat bread shaped and cut like a pizza. Its consistency is somewhere between pita and pie crust. The word pita may even derive from pide.

The next day we explored the Alacati neighborhood and it felt like being in a Mediterranean version of Martha's Vineyard. It was also very similar to some of the towns on the Greek islands I visited, although those were more plain visually, dressed consistently only in that country's white and blue. Here we walked through small, winding pedestrian streets surrounded by colorful buildings. There were many restaurants and shops and even hostels to choose from. 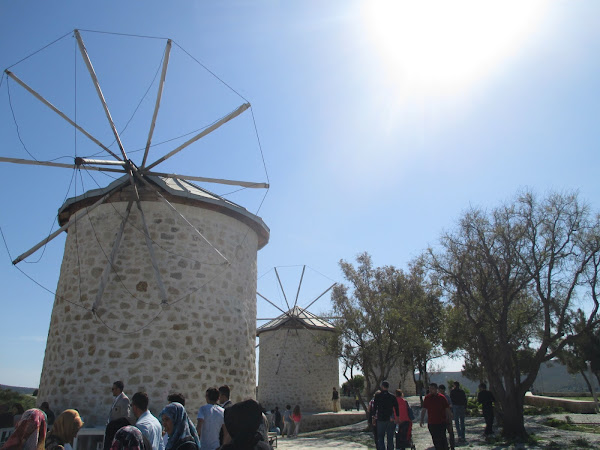 The Alacati windmills are a famous landmark. We couldn't figure out why exactly, but a lot of locals were there lounging or taking pictures, including several weddings using the spot as a backdrop.

We had drinks and dinner in Alacati, doing as the locals did: just enjoying ourselves and the amazing clear weather surrounded by the smell of salt coming off the ocean. The meal was fish and chips, but it was fresh fish caught locally, specifically, bream. 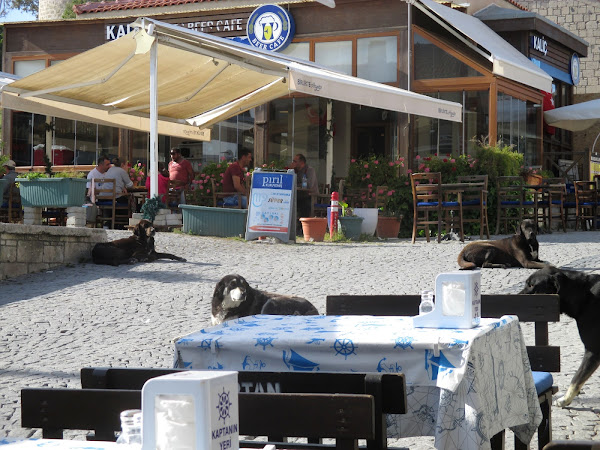 There were a lot of stray dogs around Alacati and they liked to watch everyone eat. Although they mostly relaxed in the sun and moved about lazily, I did see one chase off a bird for a piece of calamari that fell on the street.

Back at hotel we witnessed a spectacular sunset. Çeşme really delivered when it came to the idea of a beach vacation. And although it was still a bit cold to enjoy the water in April, being there in the off season meant we had the place to ourselves. 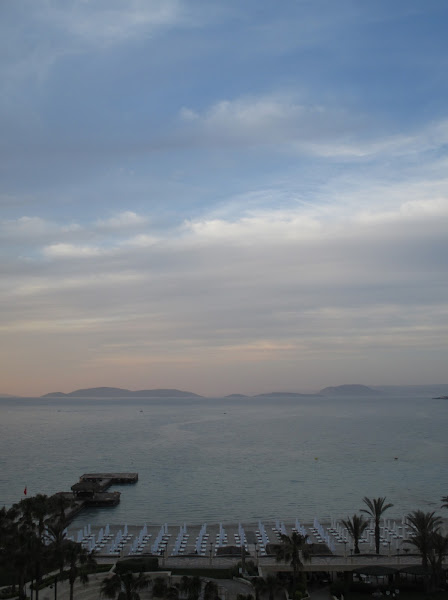 The sun starts to set over the Aegean Sea, as seen from the hotel room. 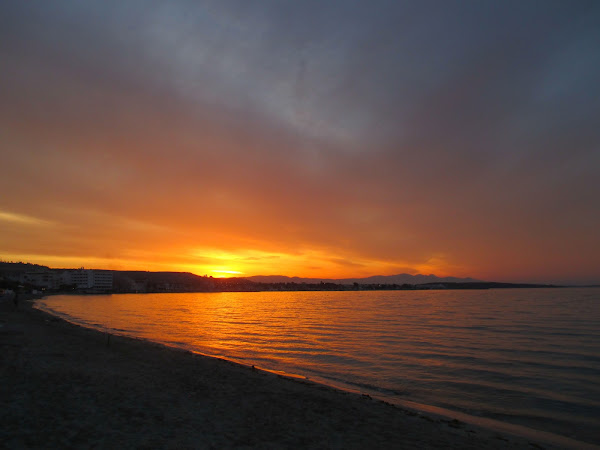 Full sunset on the beach.