For our final day in Peru we took a boat tour on Lake Titicaca.

It is a massive body of water.

Lake Titicaca is the South American version of a Great Lake. And it is, in fact, the largest lake on the continent, as well as the largest lake in the world at or above its elevation of about 13,000 ft.

In Incan times, a test of adulthood for youths was to journey from the Isle of the Sun in the lake to Machu Picchu over 300 miles away. If they survived the trip then they were welcomed as adults. Personally, I can't fathom doing that trek.

The guide told us that pisco was first developed in this area, as a means to circumvent Spanish laws banning the sale and manufacture of brandy.

In modern times we learned that a team from Walt Disney also visited the lake while doing research for their one animated movie that takes place in Peru, The Emporer's New Groove.

Our first stop was the Floating Islands of Uros, which are man-made islands composed entirely of reeds. New layers are slowly added to the top so that as the bottom layer decomposes into the lake the island stays at more or less the same height. The locals follow ancient traditions and only speak Quechua, but they also trade crafts with tourists and sometimes come ashore to buy things. They use reeds in all aspects of their life: fuel for fire, constructing their huts, their boats, everything. 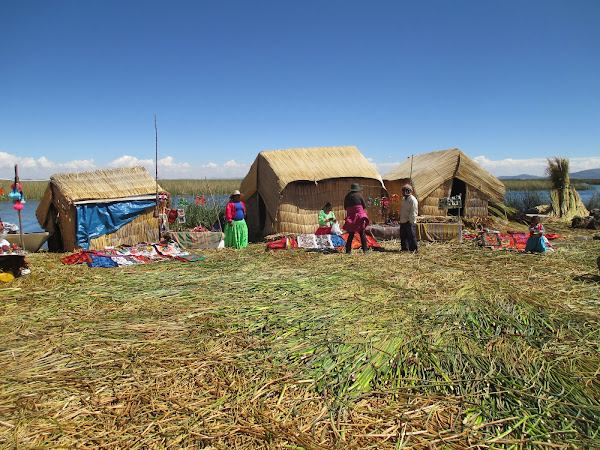 A reed island of Uros. 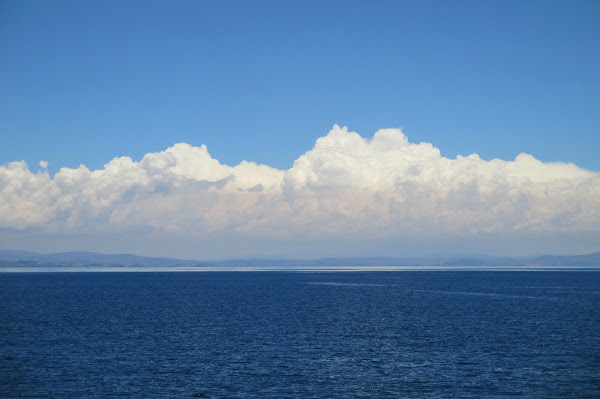 Lake Titicaca is a deep, dark blue. The clouds are low to the horizon, and they had this light pink-orange stripe through them most of the time.

After some time spent in the reeds, we headed to Taquile Island, the largest island in the lake. It's home to locals who farm and create textiles. They shared a meal with us consisting of food from their island and the lake: rainbow trout, mint tea, and quinoa soup. Afterward they danced and shared stories of what life was like for them. It was quite relaxing to sit back, watch, and listen. 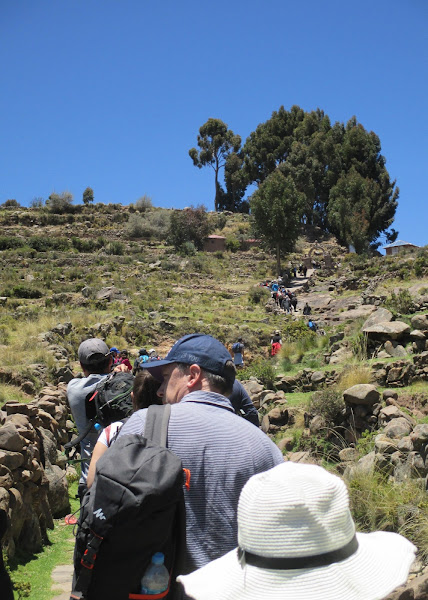 The first thing we had to do on Taquile Island was hike several hundred feet up this hill. It doesn't look very intimidating, and under normal circumstances it wouldn't pose a challenge, but given the elevation is was one of the more difficult physical feats I've encountered as an adult. 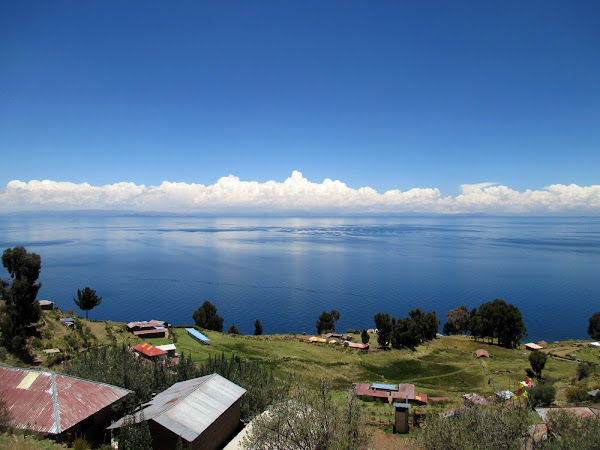 The views from the top of the hill were worth the struggle. 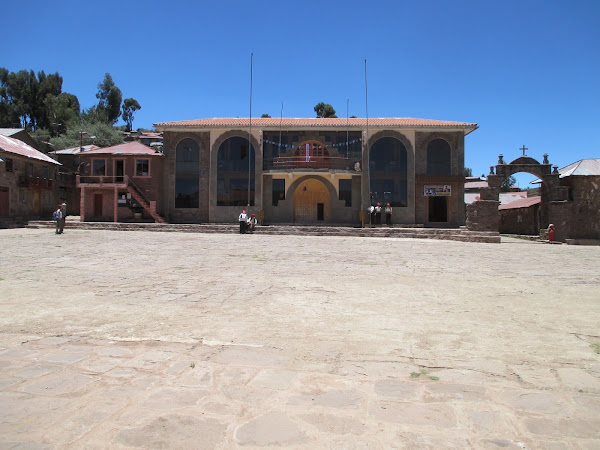 This is the town square on the island. They have a school and a meeting hall, a church, and even a mini factory. There's also a radio station and solar panels for generating power nearby.

After eating and exploring for hours, we finished our time on top of the island and hiked a long trail back down the opposite side to get a boat ride back to the mainland. From there we had three different plane flights to catch.

Peru was a fun adventure, full of a wide variety of things to see and do, but it was time to head home. 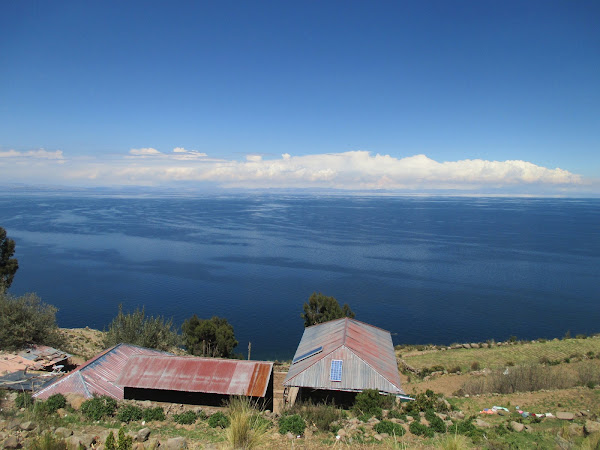 This is what the lake looked like as we were leaving. 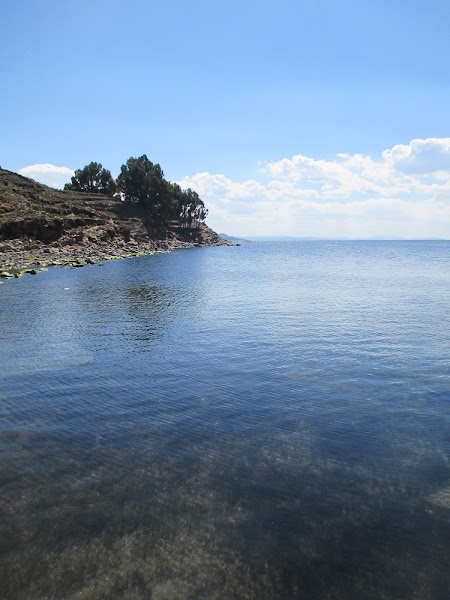 The water at the island was clear enough to see through if you got close - a stark contrast to the port where we embarked. 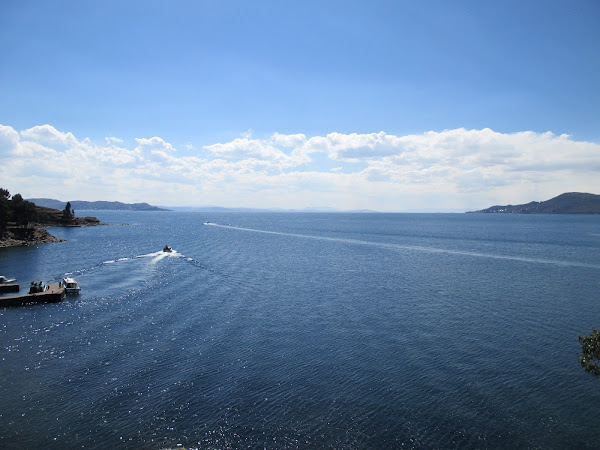