The Boys Are Back in Town

After a final decadent resort brunch we flew back to Istanbul. Our first stop was returning to the Süleymaniye Mosque, which if you recall is the largest mosque in Istanbul. This time we took our shoes off and went inside. It's enormous, with high vaulted ceilings that reminded me of the Hagia Sophia, long hanging chandelier included. There was even an English speaking tour guide who was there to answer questions. Everyone inside was very quiet, and the place had a serene, peaceful feeling to it. 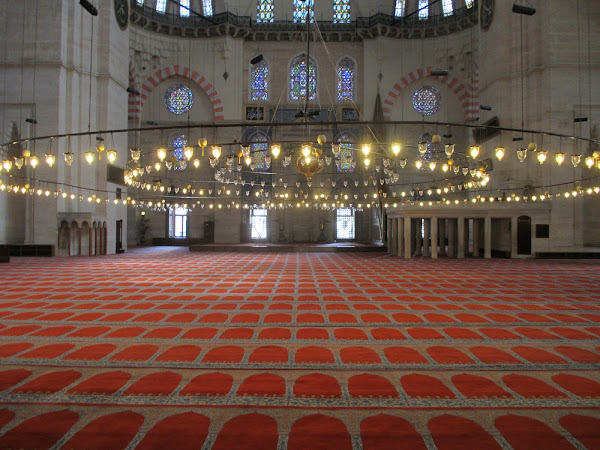 Inside the Süleymaniye Mosque. 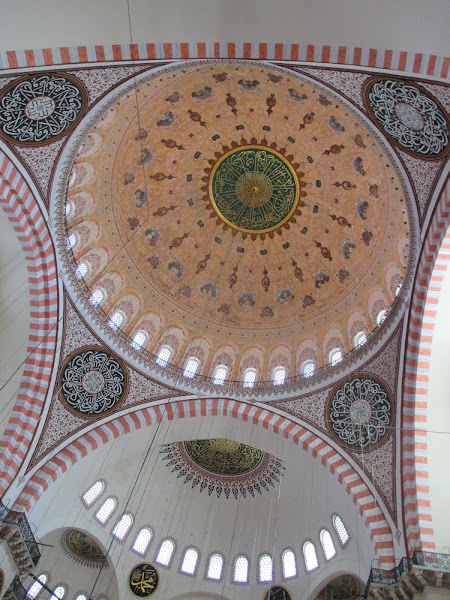 Outside, we explored more of the complex around the mosque. We found the tomb of Suleiman the Magnificent, the sultan responsible for building this imperial mosque. That's a moniker applied only to mosques commissioned by sultans, and they are distinguished by having four minarets instead of the usual one or two.

We then hopped on a boat tour of Bosphorus, that massive body of water diving Europe and Asia. Other than getting a unique view of both halves of the city the highlights included seeing the ferry building and Rumelihisarı, a castle fortress on the European bank of the river. 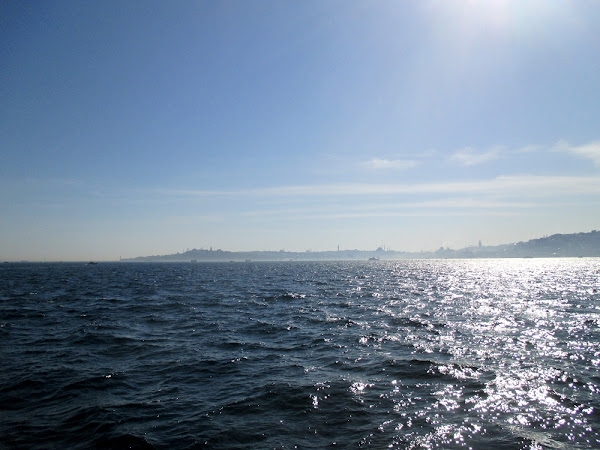 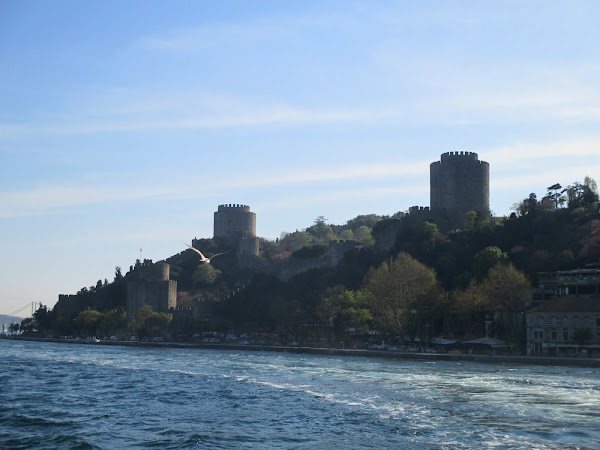 The three towers of Rumelihisarı. It was built to help the Ottomans when they besieged Constantinople. Now it's a museum and sometimes a location for festivals. 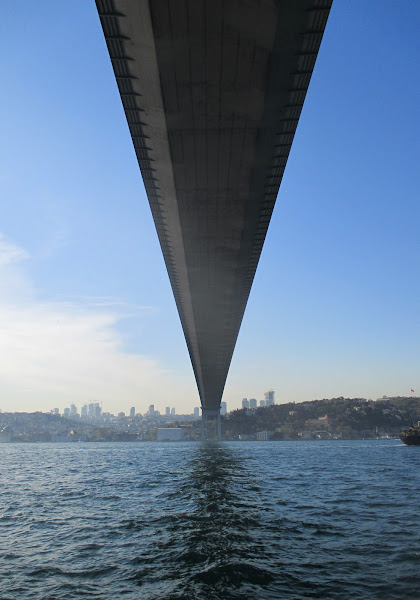 Directly under one of the huge bridges spanning the river.

After disembarking we walked along the bottom of the Galata bridge, where a multitude of restaurants and bars compete for the attention of passers-by. We stopped for a glass of Efes and watched the sunset on the water. 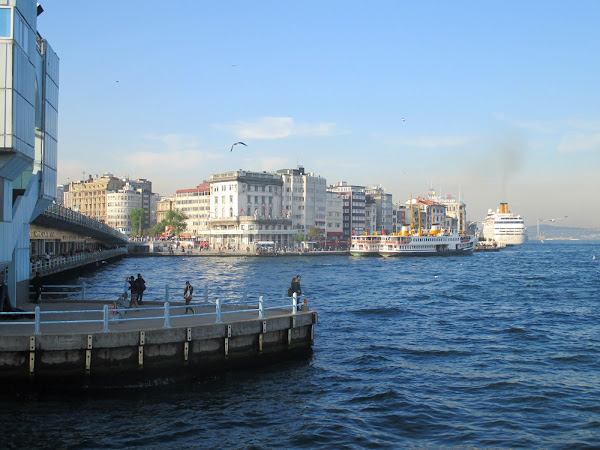 A lively view of the waterfront. You can see the Galata Bridge on the left, restaurants spanning its bottom half, as well as ships to the right, including one of the enormous cruise ships that stopped in while we were there. 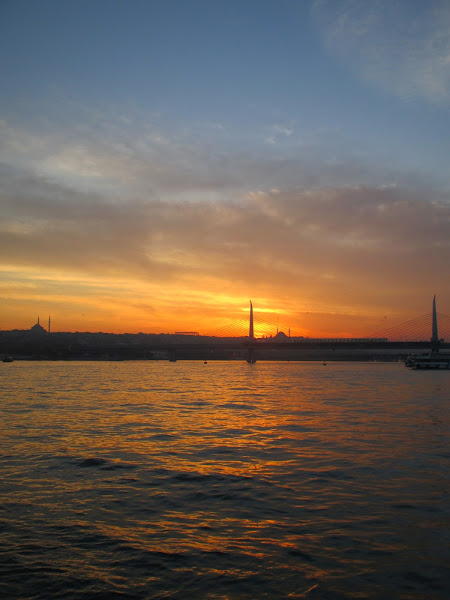 Sunset on the water as seen from the Galata Bridge.

We moved on to dinner at Lale Iskembecisi, a recommendation from a local friend. The proprietor of this restaurant did not speak English, and it featured tripe as one of its main dishes. In a word: authentic. Having had a remarkably bad reaction to tripe in Prague, I chose a safer lamb kebab dish. It was creamy and delicious.

Leaving at around 9 PM I noticed that the salons were at their busiest of the whole day, full of groups of young men getting cleaned up while they chatted and laughed with each other. Some sort of pre-going out ritual? As that's something American guys never do it stuck out to me.

We finished the night by hopping around the bars in the pedestrian-only back streets, including stopping at an awesome hostel named simply "Raven," and a place with live music called "Bar Rasputin Live." I got a chuckle out of that one. It was the most European-feeling part of town yet. 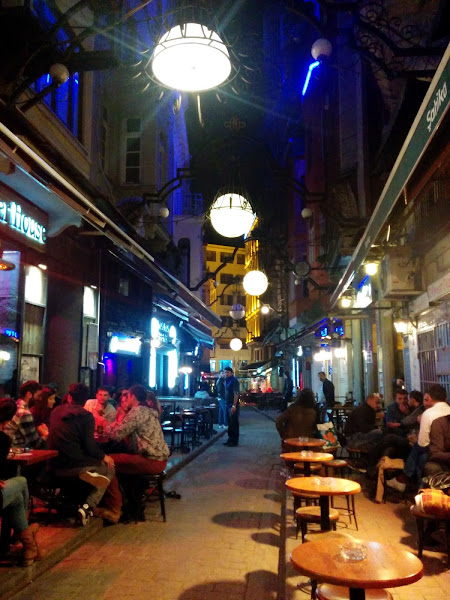 This is a good example of what the pedestrian streets look like in Istanbul. The tables and stools are very low, and the establishments bleed into one another. You can easily have a conversation with someone across the street. Simultaneously exposed and intimate.