Where Only Trains May Go

From Cusco we continued our journey through the Sacred Valley towards Machu Picchu. The hike along the Inca Trail through the Cloud Forest is popular with tourists, but it takes 4-5 days depending on your speed, and you have to camp overnight in the company of mosquitoes. There are no roads, so you can't go by car. And when there were mudslides and flooding back in 2010 even helicopters had problems getting there due to the fog, rain, and treacherous terrain. We didn't want to spend the time getting wet and bitten by walking, so we took the only way to get there with any speed: the train.

Our train was called the Vistadome because it had windows cut into the ceiling to make for better views. It's certainly a unique trait among all the trains I've been on. It's also notable because navigating the mountains requires another special feat of engineering: the train actually reverses for part of the trip in order to go up and down a switchback. The train goes forward, stops, switches tracks, goes backwards, stops, switches tracks, then forward again on repeat for 20-25 minutes. It's an excruciatingly slow way to go because it feels like you're not making any progress, but it's also the only train in the world that covers a vertical change that quickly. On the way there we were actually descending the whole way, arriving at a little below 8,000 ft. 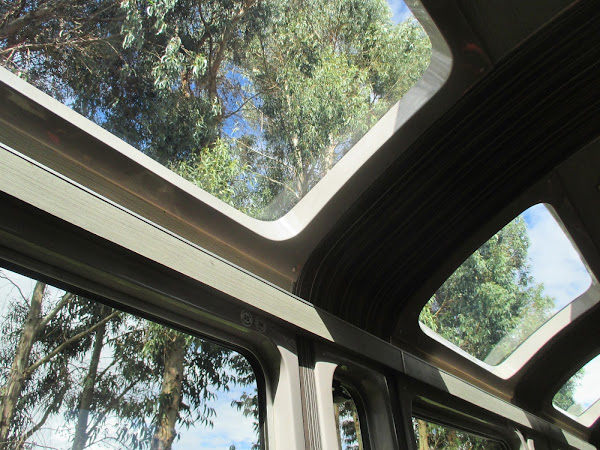 These are the windows cut into the top of the Vistadome train. 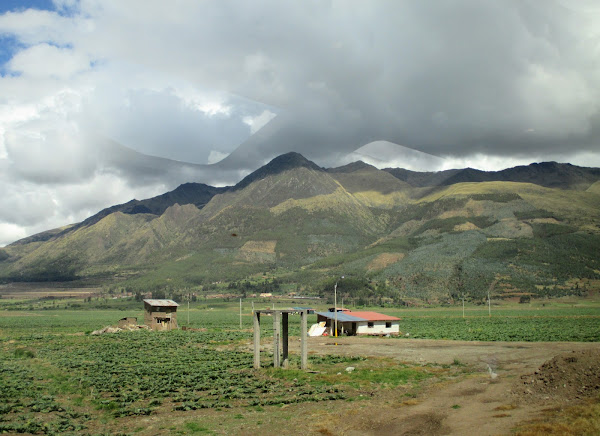 The Sacred Valley is very green and overcast. The reflections of the ceiling windows in the train also made for some interesting pictures. 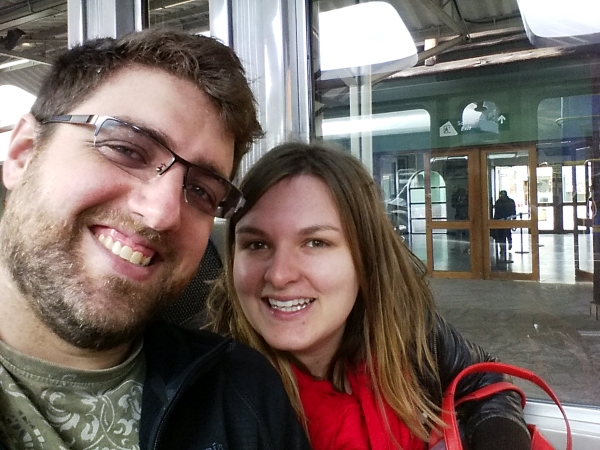 Checking in with a train selfie at the station.

Once we arrived at Aguas Calientes - which is the city below Machu Picchu - we glanced at the local market but ultimately found a small place to eat. That meal consisted of hen in chili, an old-style Inca soup, and a sort of lasagna baked pasta dish with chicken. Chickens were freely roaming the streets of the town in pretty large numbers, so it's no surprise they were on the menu.

You have to buy tickets to Machu Picchu ahead of time for a specific date, so we couldn't just show up even though we were so near. That meant we had time to kill. After lunch we rested up by getting massages - the town definitely caters to tourists looking to relax before or after their big hike.

We finished the day with dinner at Indio Feliz, a pirate and Caribbean-themed restaurant in town. It was one of the only places open late: it closed at 10 while everywhere else shut their doors at 7 or 8. 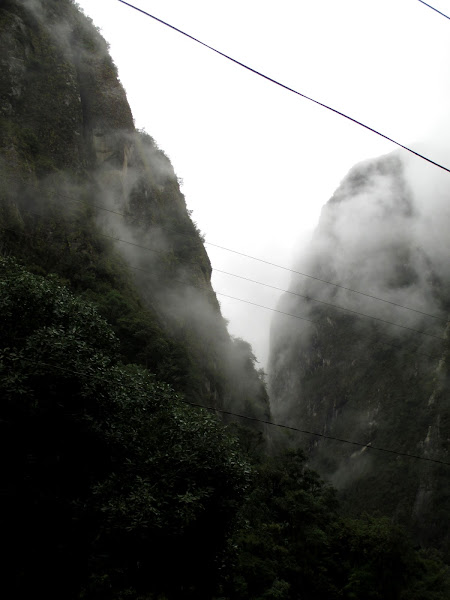 This is looking up towards Machu Picchu from Aguas Calientes. When we arrived it was so foggy it was impossible to tell how many mountains were around us or how tall they were. 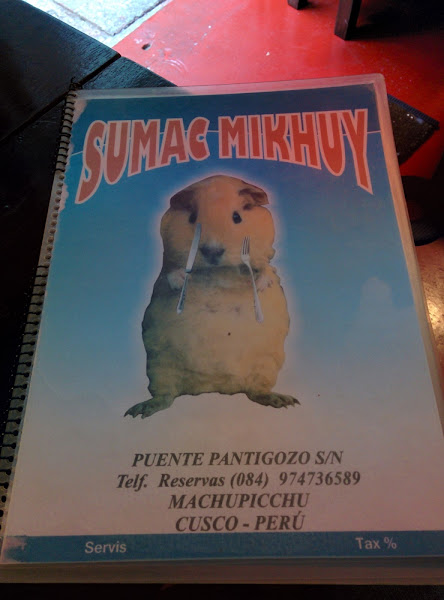 Yep, that's a guinea pig on the menu. We had already tried it elsewhere. It's pretty good. Somewhat sweater and tougher than chicken. It's called "cuy" in Peru (pronounced more like "coy"). Also, as you can see on the menu, "mikhuy" is Quechua (the Inca language) for restaurant.

Two days later and we were exploring the town again. We spent a significant amount of time shopping at the market, mostly buying alpaca wool scarves and blankets. We then caught a soccer match, which is clearly the national pastime in Peru.

While we waited for our train we had drinks close to the station at Toto's House, which had some inventive cocktails, but was completely empty other than us.

During the Vistadome train ride back to Cusco we got treated to a dancing masked man and a fashion show happening right in the middle of the train car. It was entertaining despite the fact that it was meant to get us to buy souvenirs we didn't need. 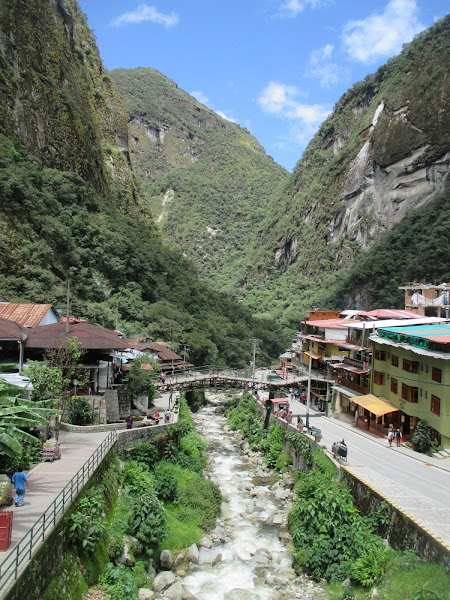 Once the fog and clouds cleared it became obvious how we were trapped at the bottom of the mountains in Aguas Calientes. 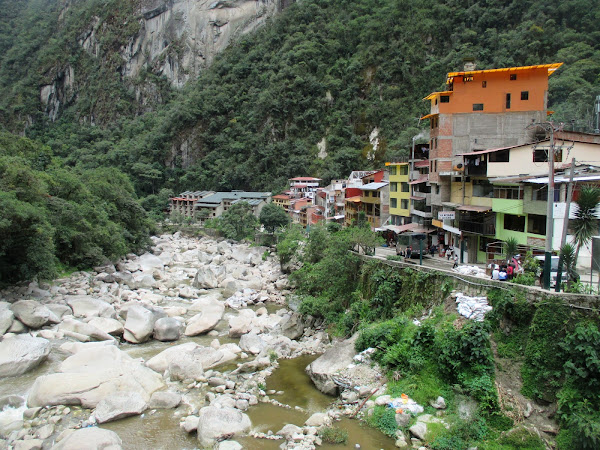 The buildings in Aguas Calientes occupy a thin stretch of flat ground between the mountains and the Urubamba river.